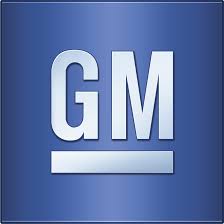 General Motors will lay off 14,700 factory and white-collar workers in North America and put five plants up for possible closure as it restructures to cut costs and focus more on autonomous and electric vehicles.

The reduction includes 8,100 white-collar workers, some of whom will take buyouts and others who will be laid off. Most of the affected factories build cars that won’t be sold in the U.S. after next year. They could close or they could get different vehicles to build. They will be part of contract talks with the United Auto Workers union next year.

GM has offered buyouts to 18,000 retirement-eligible workers with a dozen or more years of service. It would not say how many have accepted the buyouts, but it was short of the company’s target because GM said there will be white-collar layoffs.

General Motors Retirement Savings Plan for Salaried Employees in the United States is a defined contribution plan with a 401k feature. This plan has a BrightScope Rating of 87.  For the average 401k participant, the 3 point difference between this plan’s BrightScope Rating (87) and the top rated plan (90) could equate to 2 years of additional work and/or $58,631 in lost savings.

The plans administrator is Kevin Cobb and is handled in Detroit, Michigan.

One of the key concerns is that the plan only has 33 investment options to choose from which is common for most 401k type plans.