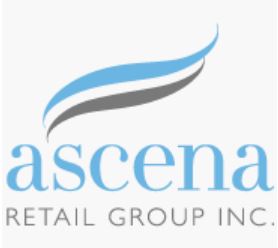 Ascena Retail Group Inc., owner of the Ann Taylor and Lane Bryant clothing chains, will close more than half its stores and hand control to its lenders after the Covid-19 pandemic tipped the debt-laden retailer into bankruptcy.

The Chapter 11 action allows Ascena to avoid a permanent shutdown, cut its borrowings and close weak stores to minimize costs.

Ascena has about 40,000 employees and some of them are bound to lose their jobs. The company plans to shut select locations in the U.S., all its stores in Canada, Puerto Rico and Mexico, and the entire Catherines chain. Ascena’s other brands include Loft, Justice and Lou & Grey stores.

Ultimately, Ascena expects to cut its 2,800 stores down to just 1,200, and current shareholders will be wiped out, according to court papers filed in U.S. Bankruptcy Court in the Eastern District of Virginia.

Ascena Retail Group, Inc. 401k Savings Plan is a defined contribution plan with a profit-sharing component and 401k feature. This plan has a BrightScope Rating of 62.

That being said, the 24 point difference between this plan’s BrightScope Rating (62) and the top rated plan (86) could equate to 13 years of additional work or $104,769 in lost savings.

One of the key concerns is that the plan only has 28 investment options which is common for most 401k type plans.